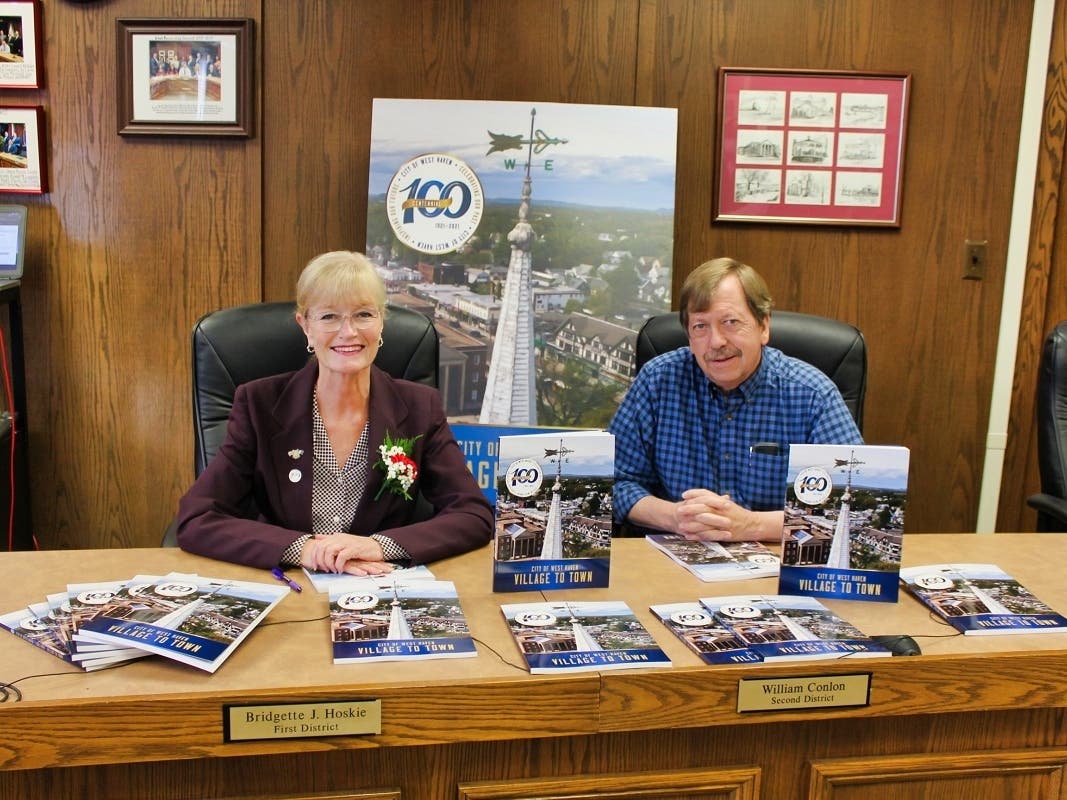 Flanked by stacked copies of the hot book, Rossi and Shine discussed and demonstrated the meticulous production of the landmark 116-page book, which chronicles the stories and photos that have shaped West Haven’s last 100 years.

“It is the hope of the Town, the Committee and Mr. Shine that the reader will find the following stories informative, entertaining and moving, in keeping with the content of each,” said Rossi, Honorary President of the Town of West Haven . Centenary Celebration Committee.

Rossi said the book was commissioned by the committee to commemorate the birth of West Haven in 1921 and its incorporation by the General Assembly as the youngest city in Connecticut.

The $ 20 book, printed in partnership with GHP Media of West Haven, is available at the West Haven Apple Festival on the Green from noon to 5 p.m. Saturday and Sunday. A book signing will take place on Saturday from 1 p.m. to 3 p.m.

People can also purchase the book from the Human Resources Department at City Hall, 355 Main Street, or by calling Commissioner Beth A. Sabo at 203-937-3558.

Rossi praised Sabo, the committee chair, for overseeing the book and West Haven Public Library Assistant Director Catherine Bushman for showcasing the content, including the black and white and color photos.

The information comes from the “Historian’s Corner” series written by Shine, one of the greatest authorities in West Haven history. The cover was photographed by James Holt and designed by Toni Perry, who also provided the final layout.

The articles in the book are dedicated to Shine’s father, Daniel R. “Bob” Shine, who died in 2004.