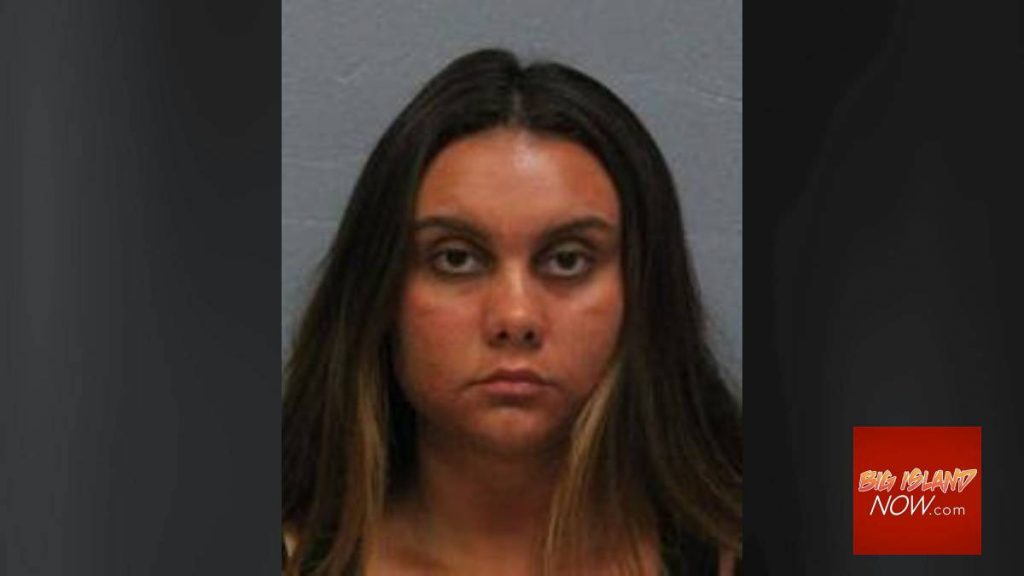 Hawaii Island police have arrested a 24-year-old woman on charges of robbery and terrorist threats for an incident at a Pāhoa business on Monday morning, Aug. 1, in which the suspect brandished a firearm.

At approximately 9:02 a.m., Puna Patrol officers responded to a report of an active robbery at a business in the 1500 block of Pāhoa Village Road. The suspect, described as a woman in her twenties, later identified as Isabella Gonzales de Kamuela, was observed shoplifting within the company and allegedly assaulted an employee when confronted with the theft .

The woman then left the business and brandished a gun at the store employees. Due to the suspect’s actions, the commercial establishment has gone into “lockdown” to ensure the safety of employees and customers. The firearm was not discharged, although the suspect made threats to store employees.

When Puna Patrol responded to the scene, they located the suspect several hundred yards from the business and arrested her at 9:13 a.m. for first-degree robbery and first-degree terrorist threat.

The Zone I Criminal Investigation Section is continuing this investigation.

THE ARTICLE CONTINUES UNDER THE AD

Police are asking anyone with information about this incident to call the police department’s non-emergency number at 808-935-3311, or Detective Clarence Davies of the Area I Criminal Investigation Section at 808-961- 2382.

THE ARTICLE CONTINUES UNDER THE AD

Tipsters who prefer to remain anonymous can call the island-wide Crime Stoppers number at 808-961-8300 and may be eligible for a reward of up to $1,000. Crime Stoppers is a volunteer program run by everyday citizens who want to keep their community safe. Crime Stoppers does not record calls or subscribe