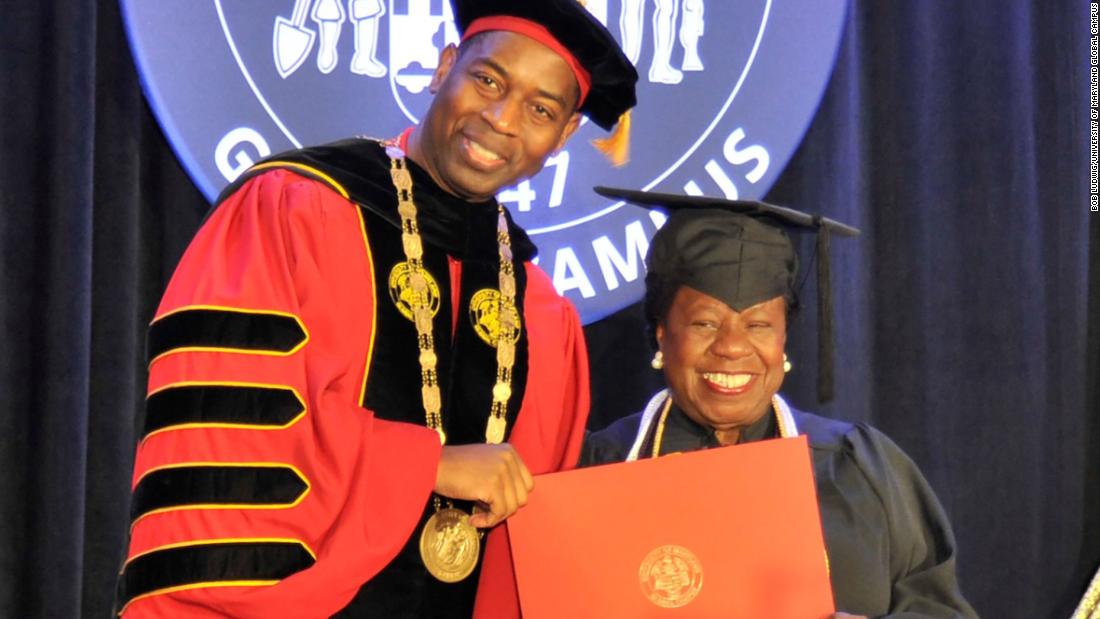 This 82-year-old woman has just finished her studies

Mae Beale, an 82-year-old retiree, just graduated with a Bachelor of Science in Business Administration from the University of Maryland Global Campus (UMGC).

Beale decided to go back to school in the late 70s, according to a Press release from school. She received her diploma on May 18, the day after her 82nd birthday, reported WJLA, CNN affiliate.

In her younger years, Beale worked as a licensed practical nurse in Washington, DC, the statement said. While working at the Department of Health and Human Services Medicare and Medicare Centers, she helped plan several major events, which inspired a career pivot.

In 1994, at the age of 54, Beale started her own event planning business and began working towards earning her associate’s degree in business management at Howard Community College, according to the release.

After completing the associate’s degree program, she decided to pursue a bachelor’s degree, one class at a time.

“I wanted to make sure I had the time to dedicate myself to the course I was taking,” she said in the statement. “I was like the turtle. Slowly and steadily winning the race.”

“I found that I had to be intentional about it and make it my priority.”

Although she was older than most of her classmates, Beale was a star student. She graduated with honors and made the Dean’s List several times during her time at UMGC.

Beale received her degree alongside 3,300 graduates from the classes of 2020, 2021 and 2022, Bob Ludwig, assistant vice president of media relations at the university, told CNN. She completed her classes in the class of 2020, but the school has not held an in-person graduation ceremony since 2019 due to the coronavirus pandemic.

Beale, who serves on several local councils in Maryland as a community advocate, told college that the degree gave her greater self-confidence: “I knew if I had the degree it would solidify things and make me feel more comfortable.”

And she encouraged others to pursue higher education with an open mind. “Expose yourself to as many possibilities as possible because you never know what life has in store for you.