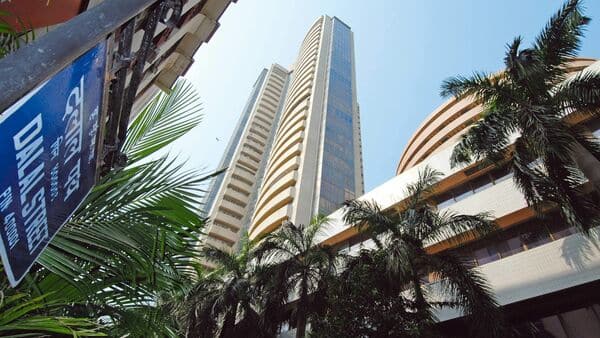 In U.S. equity markets, Wall Street indices ended higher on Tuesday after a choppy session at the start of a key Federal Reserve meeting.

At home, Indian stock markets are trading on a flat note.

The BSE Sensex is down 59 points. Meanwhile, the NSE Nifty is trading down 22 points.

Power Grid and NTPC are among the top gainers today. Dr. Reddy’s Lab, on the other hand, is among the big losers today.

Sector indices are trading mixed with stocks in the real estate sector and the energy sector showing buying interest.

Pharmaceutical stocks and consumer durables stocks, on the other hand, are trading in the red.

Meanwhile, silver prices are trading at ₹62,482 per kg.

In steel sector news, Tata Steel is among the hottest stocks today.

Steel major Tata Steel posted a 37% jump in consolidated net profit yesterday ₹98.4 billion for the quarter ended March 2022. This is mainly due to the increase in revenue.

The company reported a net profit of ₹71.6 billion in the prior year quarter.

Tata Steel’s total revenue in the quarter under review climbed to ₹696.2 billion ₹503 billion in the period a year ago.

In the Indian operations, the company achieved its highest annual crude steel production of 19.06 million tonnes, registering a growth of 13%. The company exceeded deliveries by 18.2 million tonnes during the year.

Revenues from European operations increased by 54%.

The board of directors has recommended a dividend of ₹51 per share. It also announced a proportional dividend of ₹12.75 per share or 510% for partially paid ordinary shares of the company.

Apart from this, the board of directors of the Tata group company approved the subdivision of shares having a nominal value of ₹10 each in 10 shares of Re 1 each.

Commenting on the performance, TV Narendran, CEO and MD said:

Tata Steel has again demonstrated its ability to deliver exceptional results despite increased complexity in the face of Covid-19 as well as geopolitical tensions.

Our Indian business showed broad-based growth in our chosen segments thanks to our continued focus on customer relationships, our distribution network and our portfolio of brands supported by our agile business model.

Moving on to mining space news, Coal India’s coal production hit an all-time high of 534.7 lakh tonnes in April 2022, registering a year-on-year (YoY) growth of 6.02%, according to government data on Tuesday.

The highest monthly production ever recorded by Coal India was recorded in April 2019, having reached an output of 450.29 lakh tonnes.

During the month of April 2022, India’s total coal production stood at 661.54 lakh tons. While Coal India and its subsidiaries produced 534.7 lakh tonnes of coal, the production of Singareni Colleries Company Ltd (SCCL) amounted to 53.23 lakh tonnes and production from the captive mines reached 73.61 lakh tonnes. during the month.

The Coal India share price is currently trading up 1%.

Speaking of Coal India, take a look at the graph below which shows how the company has performed over the past decade.

6 important primaries to watch in 2022

Why Bitcoin Works for Latin America