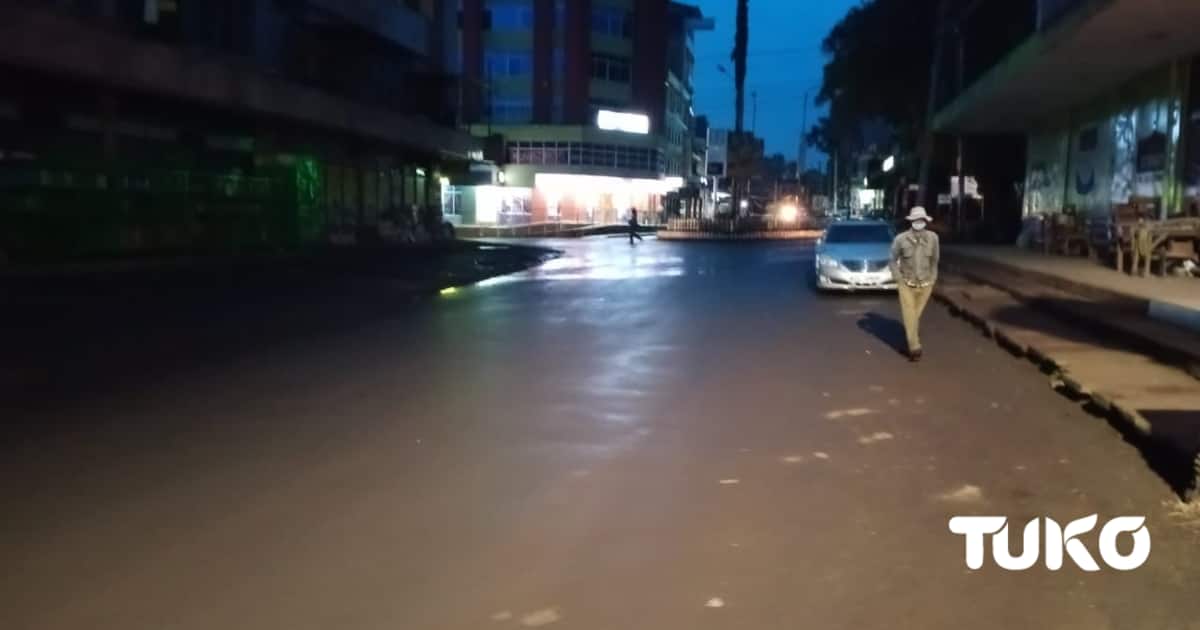 A photo of a man walking alone in the town of Kericho at curfew time got Kenyans talking.

The lone ranger was seen walking confidently down a deserted street after the 7:00 p.m. to 4:00 a.m. curfew went into effect in 13 western and Nyanza counties on Friday, June 18.

Despite the risk of being arrested by police, the man was captured with both hands in his pockets as he walked slowly.

Residents of the lakes region denounce the curfew from 7 pm to 4 am: “Mnatuumiza”

Kenyans on social media described the unidentified man as a “legend”.

“And who is this guy who walks alone?”

PAY ATTENTION: Click “See first” under the “Follow” tab to see news from Tuko.co.ke on your FB feed

The Bunsen burner expressed his opinion:

“But there has to be that person.”

On Thursday, June 17, the government announced a curfew from 7 p.m. to 4 a.m. in Kisumu, Kericho and 1q other counties in the western region of the country.

Kagwe said the government revised curfew times in all 13 counties from 10 p.m. to 4 a.m. following a sharp rise in COVID-19 cases.

Residents of the Lakes Region have since denounced the government-imposed directive to curb the spread of the new coronavirus.

“This COVID-19 pandemic has destroyed our lives. Our businesses have been affected and we are experiencing low sales. With the curfew now imposed at 7 p.m., things will be worse,” said a resident of Bungoma.

Another businesswoman said business normally resumes at 7 p.m. and will therefore suffer more with the restriction in place.

How to choose Lidar stocks