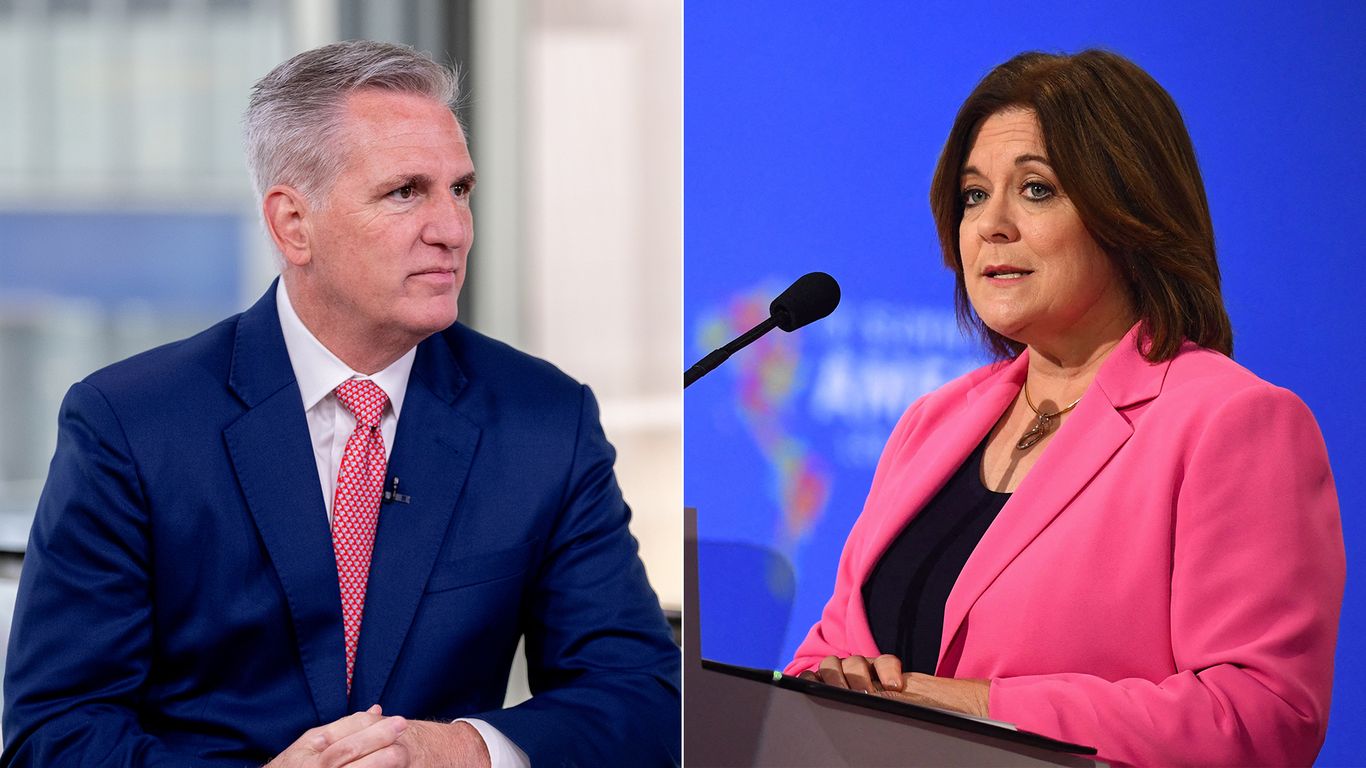 House GOP Leader Kevin McCarthy told U.S. Chamber of Commerce board members and heads of state that the organization must undertake a complete leadership change and replace the current president and CEO Suzanne Clark, Axios learned.

Why is this important: McCarthy’s direct conversations make it clear that he will not work with Clark and his leadership team if the Republicans take control and he becomes Speaker of the House.

What they say : Mark Ordan, chairman of the board, told Axios that Clark continues to have the “full support” of the executive committee.

What we mean: Republican Arizona Gov. Doug Ducey has privately expressed interest in the job.

The big picture: McCarthy’s conversations with House board members, essentially undermining Clark, mark a further escalation in the open conflict between House GOP leaders and the House.

“Republicans across the country having run on issues, such as crime and inflation, that matter to the business community,” a House spokesperson said. “A Republican president and majority will be an important check and balance to the excesses we have seen from the left. We look forward to working with leaders and the upcoming Congress.”

Go further: Conservative Republicans have worked to undermine the chamber, with the House Republican Review Committee bolstering lobbying of a potential competing company group, the American Free Enterprise Chamber of Commerce, to a formal meeting in June.

Between the lines: The United States Chamber of Commerce maintained a better relationship with Senate Republicans. Minority Leader Mitch McConnell (R-Ky.) speaking to the group in September, expressed private optimism that the GOP can regain control of the Senate.

The plot: Clark responds to a 12-member executive committee, which voted for her succeed for a long time CEO Tom Donohue in February 2021.

The bottom line: Republicans in Congress are ready to go to war with business, once the cornerstone of their coalition, for what many in their ranks see as an unforgivable change: to focus less on profit and more on politics.

Regardless of the election results, threats against LGBTQ students in Kansas will continue in a new session