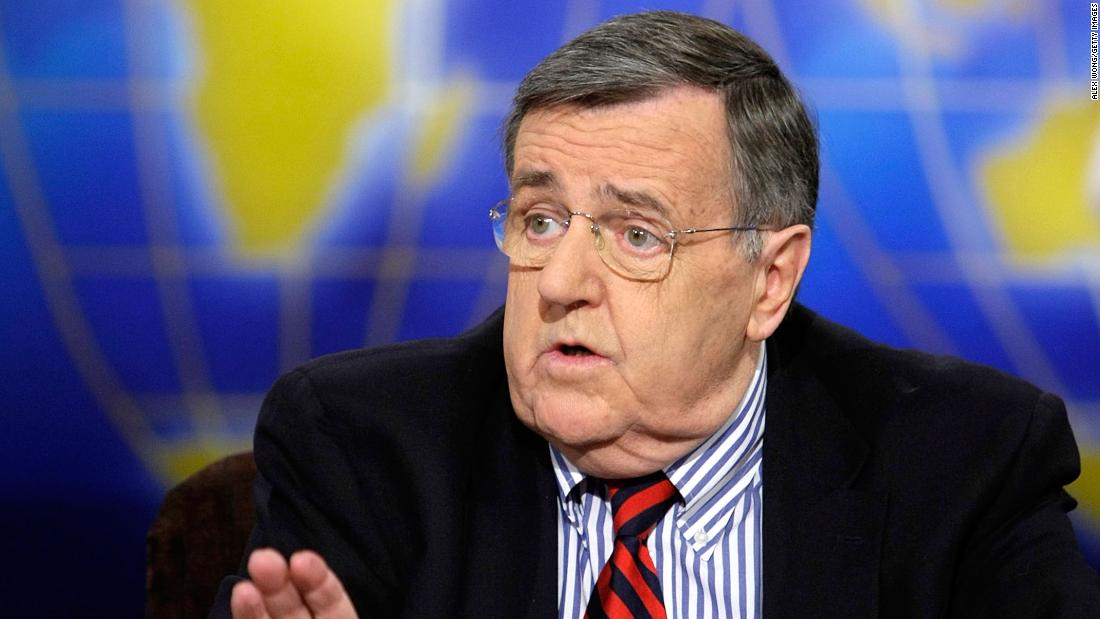 By Gilbert Green Last updated Jun 19, 2022
Share
Shields was well known for his “encyclopedic knowledge of American politics, his sense of humor and above all his big heart”, wrote Judy Woodruff, NewsHour’s anchor and editor, in a tweet announcing his death.

Shields was a liberal political commentator on the show for 33 years, through six presidential administrations, until he decided to retire in 2020.

He was also a regular presence on CNN for decades, primarily as co-host of the weekly chat show “Capital Gang” from 1988 to 2005, where he challenged conservative co-hosts like Robert Novak. , Pat Buchanan and Kate O’Beirne. .

“We at CNN were blessed to work with such a kind, bright and funny man who was the same person for powerful politicians as he was for the youngest staffer on our team,” said Rick Davis, former vice -executive chairman of CNN who was previously executive producer of “Capital Gang”. “Shields was ‘as good as any man you’ll ever meet in this business,’ he added.

Shields, a native of Weymouth, Massachusetts, graduated from the University of Notre Dame before serving in the United States Marine Corps. He worked for several local and national Democratic political campaigns, including Robert F. Kennedy’s 1968 run for president, and gained first-hand experience which he then shared with readers and viewers.

In 1979 he became a columnist for the Washington Post, and soon after the column was taken nationally by Creators Syndicate.

“I believe in politics,” Shields wrote for NPR’s “This I Believe” series in 2006., expressing both optimism about the peaceful resolution of disputes and pragmatism about the need for compromise. He also read the essay aloud on Morning Edition.

“At worst, politicians – like all of us – can be petty, venal and self-centered,” he wrote. “But I believe that politics, at its best, can help make ours a world where the powerful are truly more just and the poor more secure.”

Shields brought that perspective to television in 1988, when he was appointed to his PBS analyst job. One of the partners in these regular segments was David Gergen, the veteran presidential adviser.

Gergen wrote on Saturday that Shields “was one of the best partners in television history – thoughtful, witty, always a champion of the little guy. He brought out the best in everyone he touched.”

In a tweet on Saturday, Brooks described Shields as “one of the most handsome and beloved men I’ve ever known,” adding a 2020 story he wrote with the title “Mark Shields and the best of American liberalism”.

At the time of his retirement from the NewsHour, Shields, with his typical self-effacing humor, called his Friday night chats with Brooks “the most rewarding professional experience of my admittedly checkered career.”

“It’s been 33 wonderful years,” he said during his farewell telecast.

His televised conversations represented a nicer time in American politics and television news, with an abundance of deep insights and thoughtful discussion rather than the barbs and insults often promoted today.

Shields died of kidney failure at his home in Chevy Chase, Maryland, NewsHour spokesperson Nick Massella told NPR. His wife Anne was by his side, Woodruff wrote in his tweet.

Is the recent price movement of Penn National Gaming, Inc. (NASDAQ:PENN) supported by its weak fundamentals?