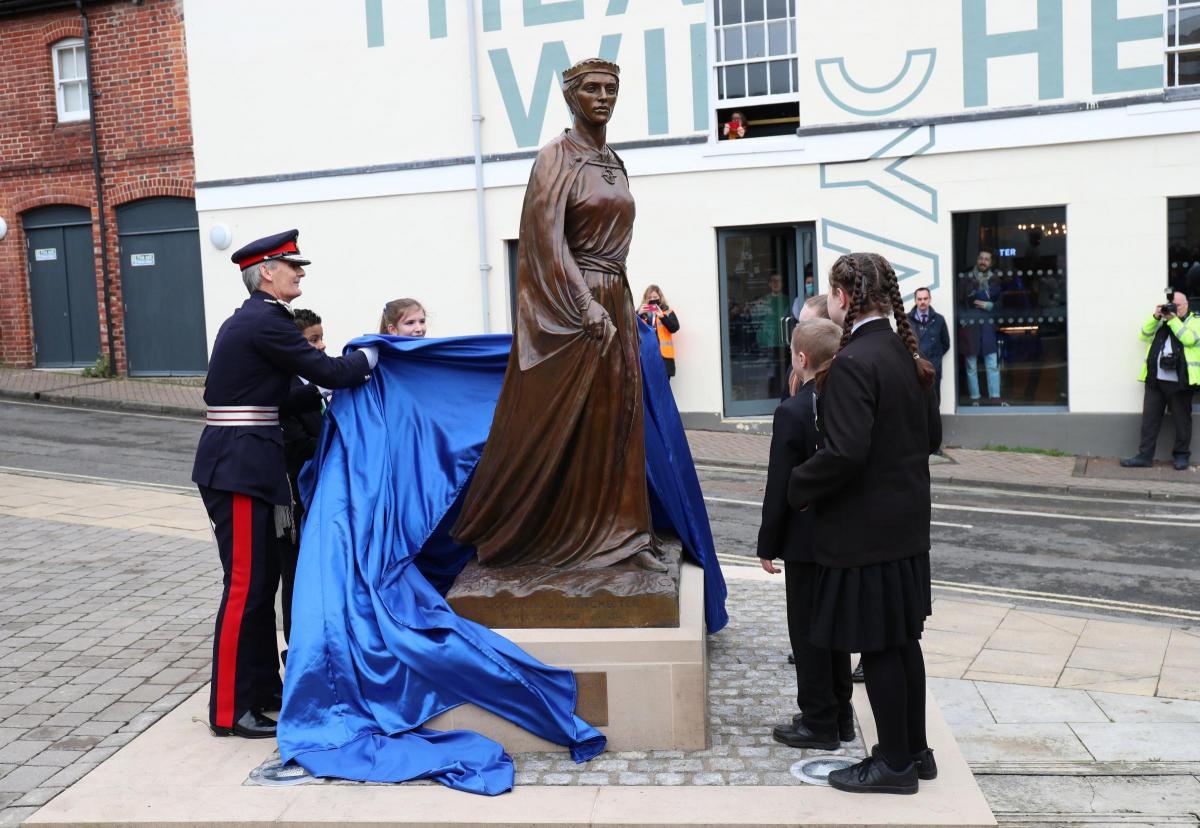 SIR: Christopher Gordon is right in his letter (Chronicle, Feb. 10) when he says the Licoricia statue that was unveiled last week probably wouldn’t have arrived had it not been for Sue Bartlet’s groundbreaking research into medieval Jewish history of Winchester. .

We all have to give him immense credit for uncovering Licoricia’s incredible life story. It is through Sue that we have the opportunity to learn about Licoricia’s ability and strength of character that make her such a powerful role model for women today. Sarah Herrity, Teaching and Learning Advisor for Hampshire, has used Licoricia’s story to create an engaging curriculum for educating children in the county.

Licoricia’s account takes an unconventional look at the large Jewish community of Winchester before the expulsion of all Jews from England in 1290. It shows us how a minority culture can benefit the wider community socially. , creative and financial. We can also see the value of education, as it was able to represent itself in the presence of King Henry III and in court.

So a big thank you to Sue Bartlet, whom I only knew when she was already very ill. Even then, I found her to be a warm, capable, and determined person. She began the process that led to the unveiling in this city of a statue of an important female figure from our past. This sculpture is a wonderful reminder of her and her ten years of detailed analysis. May Licoricia’s restored identity bring communities together and make “love of thy neighbour” a statement that applies to us as individuals and to Winchester.

SIR: Chris Gordon’s letter in the Chronicle last week acknowledging Suzanne Bartlet’s work is much appreciated by friends and family.

The Bartlet dwelling, then and now, sits on the edge of the operational Jewish cemetery in Winchester in the 13th century. Excavations of the site in the early 1990s fascinated Sue, herself Jewish. Wanting to know more about the Jews of Winchester, she asked me to join her in researching historical records available at the local Resource Center in what is now the Arc. There we came across a brief, uninformative reference to a 13th-century Jewess named Licoricia. Captivated by the name, Sue’s ten-year project had begun. So, remarkably, Licoricia’s emergence happened just a few feet from where her statue now stands.

Sue, with no history background, sought help from the University of Southampton Mediaeval history department. Trish Skinner, a top academic there, became his mentor and guide. The search for Licoricia’s life was spread over ten years and was complicated by cancer which intermittently underlined Sue’s last 22 years. The research, in book form, was completed before his death in 2008. It was Trish who facilitated the publication of the book.

Sue’s political career has been distinguished, taking her from Young Communists to the first Labor Presidency, the first woman in Hampshire County Council. Education and the arts were particular concerns for her. She was for a time vice-president of the Sculpture Trust. Hampshire’s history through the ages was close to her heart and she enjoyed working with Barry Cunliffe on the Danebury Trust. This love of Hampshire made her strangely close to her political adversary, the late Freddie Emery-Wallis. Prior to the County Councils centenary celebrations in 1989, discussions were held as to how this might be recognized locally. Sue, then vice-chairman of the council, thought the historic concept of the Hampshire Hog might fit in here. She took the idea to Emery-Wallis who immediately embraced it and we now have the child-friendly statuary outside Council headquarters.

Sue would be happy with the new statue in her recognition of Licoricia’s courageous and creative stand in the face of blatant intolerance.

SIR: The day the beautiful statue of Jewish citizen Licoricia and her son was unveiled, it was a remarkable and ironic coincidence. The organization that protects and monitors attacks on Jews in the UK, the Security Community Trust reported that 2021 had been a terrible year for anti-Semitic attacks on Jewish people and children. There were 2,555 anti-Jewish hate incidents, a 34 percent increase in 2020. Some of them were 826 anti-Zionist, Israel and Middle East-related.

Licoricia was a very influential businesswoman. She was likely murdered in what now classified as an anti-Semitic hate crime, possibly related to a large debt she was owed. Having lived and worked in the prosperous and thriving Jewish community of Winchester, she and her servant Christian Alice were deliberately targeted and killed. Although some men were indicted for her murder, none were convicted and the crime was never solved.

One of the aims of the Trust which created this sculpture in his memory is to promote tolerance and diversity in today’s society. This is a perpetual and meaningful goal for all who believe in a civilized society where differences are addressed and hopefully resolved peacefully. Antisemitism is still widespread in the UK, cultivated by extreme left and right views, opinions and activities. It is important that his image and his memory serve as a reminder for all of us. Antisemitism, however subtle or direct it may seem insignificant, as well as acts of willful prejudice to other beliefs, religions and races constitute a crime against humanity. We should not be afraid to condemn them, continuing to expose such hate-fueled persecution wherever and whenever it occurs. Let’s enjoy the majesty and beauty of the Licoricia statue, remembering its Jewish heritage and its deliberately fateful end.

SIR: As an observer at the unveiling of the Licoricia statue, in Jewry Street, it was disappointing that Prince Charles could not be there. However, there was a delightful sense of empathy from a number of those attending the ceremony, including the Chief Rabbi who gave a heartwarming speech on the importance of addressing harmony between faiths. Dean Catherine Ogle and Canon Roly happily engaged with everyone at the unveiling.

Harmony is essential for peace and goodness. Such a ceremony demonstrates what can be achieved.

Thanks for reading this story. We really appreciate your support.