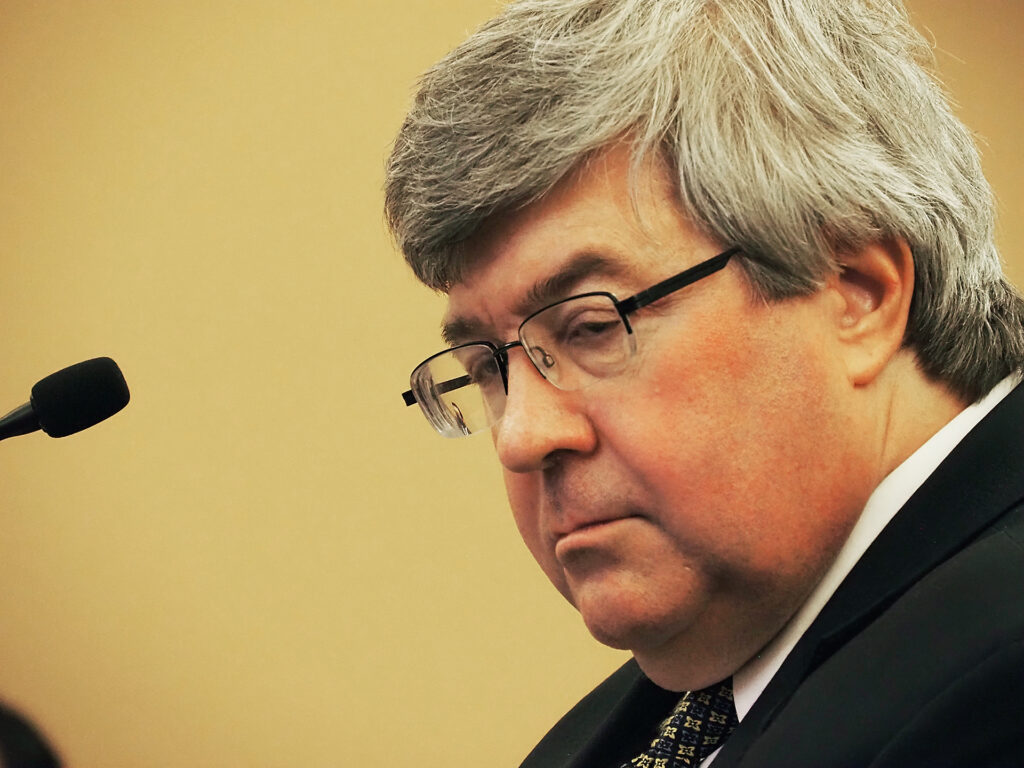 TOPEKA — Rep. Kristey Williams sparred with school board lobbyist Mark Tallman on Tuesday over his proposal to create a bonus pay system for teachers by redirecting money intended for schools with high concentrations of low-income families .

House Bill 2690 would reward teachers in schools where students show 5% gains in standardized tests over the previous four years or maintain a 90% proficiency level. Bonuses of $5,000 — or $2,500 for marginal student progress — would begin in the 2025-26 school year.

Funding for the merit pay program would come from a $50 million annual increase intended to improve the performance of at-risk students. This source of funding is set to expire in 2024, leaving a one-year gap in public school funding.

The Kansas Policy Institute, a longtime opponent of public school funding, was the bill’s sole supporter. Opponents include the Kansas Association of School Boards, which Tallman represents, as well as the teachers’ union, a coalition of public school advocates, the Kansas State Board of Education and the Kansas PTA.

Williams, a Republican from Augusta and chair of the House K-12 Education Budget Committee, said funding for at-risk students is supposed to drive success. Without those gains, the money is “lost,” she said.

She asked Tallman, “What do you think motivates schools to increase their skills?”

Tallman said he doesn’t know of a school board or teacher who doesn’t care about achievement gains.

He offered a historical perspective: When resources for Kansas public schools increased, districts used those funds to improve student outcomes. When resources dwindled from 2009 to 2017, he said, measures of success dropped.

In 2018, lawmakers passed a plan to increase public school spending over a five-year period to restore funding to 2009 levels, adjusted for inflation. Progress has been halted by the COVID-19 pandemic, Tallman said.

Williams asserted that funding had in fact increased during the period Tallman mentioned – a claim based on the KPI’s strategy of conflating spending levels before Governor Sam Brownback’s administration with spending levels plus contributions to the fund. retirement of state employees.

“If the answer to better student performance is simply better teachers or better teaching, why is poor performance so disproportionately concentrated in low-income families and schools with a high percentage of these children?” said Tallman. “It seems to us because these children bring to school so many other factors that teaching alone cannot overcome.”

By converting risk money into incentives for teachers, Tallman said, the legislature would impose a unique strategy to improve student outcomes.

“If you take those dollars out, that teacher might be able to get a bonus, but there will be fewer aides or assistants, or individual programs or summer schools,” Tallman said.

“It’s hard to do your job well when you worry about paying your bills,” Estes said. “We have teachers who are entitled to free and reduced price lunches – and that is shameful.”