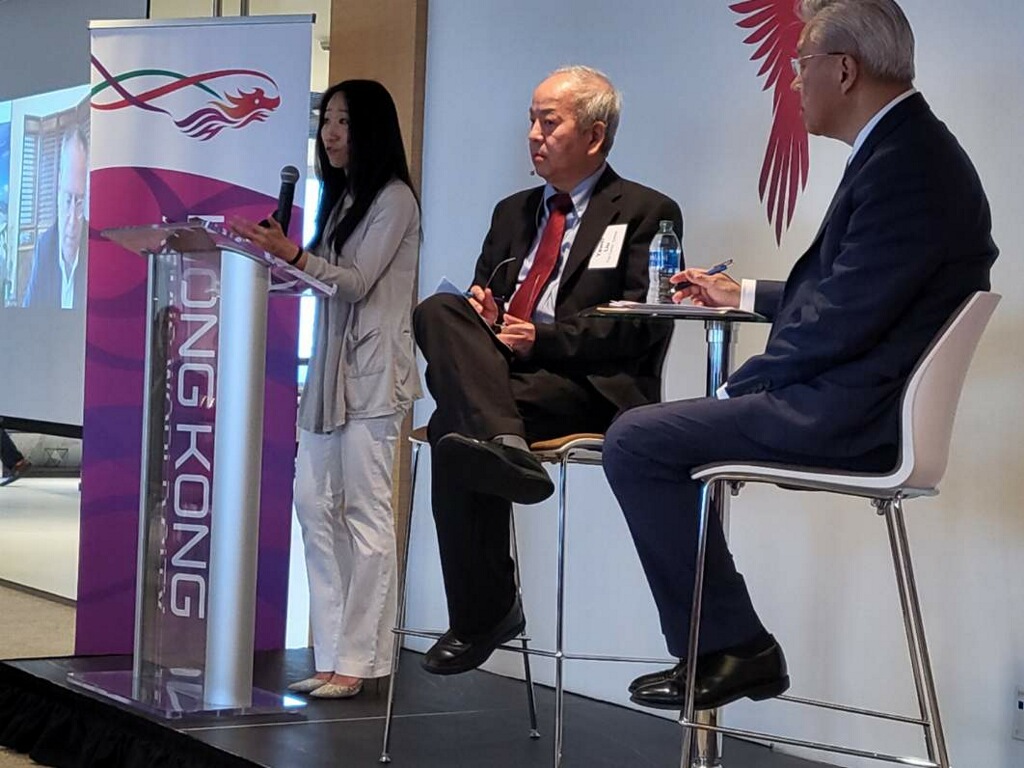 Yes hong kong continues to be a barometer for Chinacommitment to economic openness and political engagement with the world, the current reading shows a “mixed picture”, according to at least one expert speaker on Atlanta May 13.

At a seminar whose title acknowledged a level of uncertainty around the city’s current role – “Hong Kong Still Matters” – actors with deep experience of living and working in the Asian The financial center has debated the potential impact of its recent political turmoil on its growth prospects and long-term hub status.

Long a favorite beachhead in Asiamany Western companies left Hong Kong or sought alternatives after China imposed a national security law in 2020 that criminalized ‘sedition’ and ‘subversion’ and, many say, undermined the city’s special advantages as part of the “one country, two systems” policy.

Critics point to the law as a draconian sign that China is seeking to bring the city to heel after years of heated protests over the fate of its political future. Some have gone so far as to say it effectively ended the legal autonomy that has served as Hong Kong’s competitive advantage since the transition from British to Chinese rule in 1997.

Kurt Tongpartner of The Asia Group and a former United States Consul General in Hong Kong and Macauwouldn’t go that far, noting that in many ways the city is still the legal equivalent of a “chunk of London accidentally transported to China”, with an open business environment and strong regulatory framework, especially in the financial field.

“That, interestingly enough, despite the changes and in Hong Kong in recent years, continues to be the case, partly because of the competitive landscape in the region where there aren’t as many alternatives, and partly because of because of the wealth pool and the proximity to China,” Mr. Tong said, addressing the live audience during the Atlanta Metropolitan Chamber on Zoom.

But a growing risk of doing business in the Hong Kong Special Administrative Region, as it is called, is “the fact that there are now two sometimes conflicting bodies of law in force in Hong Kong – the common law system of origin and a set of rules that derives from national security law,” he added.

So far, business has been mostly unaffected, but foreign companies face the increasingly real prospect of running into obstacles when their goals conflict with beijingpolitical goals, he said. The free flow of information has been hampered by the chilling effects of ambiguous rules that have already been used to root out dissent, especially among media critical of the government.

“You can still find reliable, unfiltered information on private sector affairs, but the media are under increasing pressure to control their reporting on political affairs. And again, there is a risk that this will spill over into things that directly impact business,” Tong said.

After more than a decade of relative openness and promises of greater autonomy, Beijing has moved away from the “two-system” approach to running Hong Kong and has begun to assert the “one one country”. This can be seen in how, according to Tong, Hong Kong has been unable to thwart Beijing’s COVID-19 containment priorities.

As a positive potential, Mr. Tong cited the Greater Bay Areaa Chinese government initiative to connect 11 cities in the Pearl River Delta region, including Hong Kong, Shenzhen, Guangzhou, Macau and other nearby metros Guangdong province — into a mega-region focused on promoting technology, trade and financial services.

“If this progressive reform and opening – Deng Xiaoping 2.0, if you will — were actually done in a serious way, it would create a tremendous opportunity,” Tong said, referring to the Chinese leader who championed post-1979 policies, triggering a decades-long growth rip that lifted hundreds of millions of people out of poverty.

This bloc of 86 million people, which together would constitute the 11th largest economy in the world, will in fact put the complementarity of cities to work, said InvestHK Director of Investment Promotion Stephen Phillips, who also joined the audience virtually. And this is not only part of the Hong Kong strategy, but also part of the central government’s five-year plan.

The diversity of systems between mainland cities and Hong Kong and Macau is “part of the overall recipe that makes the Greater Bay Area very unique,” ​​Phillips said. “I would say it’s too big or important to ignore, or if you’re going to ignore it, at least do so after a conscious analysis of the opportunity.”

He added that Hong Kong is not only an ideal base for companies with both China and wider Asia ambitions, but is asserting itself as a bridge to South East Asia – especially after the signing of the 16-nation Comprehensive Regional Economic Partnership trade agreement.

“We’re going to see a gradual shift in investment flows north-south rather than the traditional east-west that we’ve all experienced in our business careers,” Phillips said.

It also goes outward: Hong Kong is increasingly becoming a platform for mainland businesses to go global, both through stock market listings and by finding savvy partners who can guide them internationally. . And it has a thriving startup ecosystem in which a third of companies are foreign-owned, he added.

Hong Kong has also been a conduit for funding projects under the Belt and Road Initiative, the Chinese president said. Xi Jinpingthe signature infrastructure building frenzy planned for more than 60 developing countries. Its implementation has been stalled by COVID-19, drowning out vehement criticism from the United States — at least for now.

Yawei LiuDirector of The Carter Centerlamented the termination of Hong Kong’s trade benefits by the US Congress, which he said alienates China and hurts Hong Kong’s economy.

“The more the United States criticizes what China is doing in Hong Kong, the more upset the leaders of Being will be,” Dr Liu said, noting that both sides need to make room for dialogue. “Hong Kong is a barometer, Hong Kong is a twin, Hong Kong is a periscope, through which American leaders, American businesses, look to China.”

Conversely, Hong Kong is vital for China as a political melting pot, he said.

“Hong Kong is a model of governance and rule of law. The Hong Kong government is clean, it is efficient, it is responsive, it is dedicated, it is professional, it is fair,” Dr Liu said. “Hong Kong is also a laboratory for political experiments… I cannot imagine the Chinese having free elections in the foreseeable future, but I can imagine that what works in Hong Kong can be transported to China. Hong Kong could be a pilot.

For the moment, Beijing seems to be holding the reins well and imposing its influence: new chief executive John Lee Ka-chuia former security chief who oversaw the crackdown on protests in June 2019, will succeed Carrie Lam as the last pro-Beijing chief executive on July 1.

Fred Tenpresident of the Institute of Public Affairs of America and Chinamoderated the panel discussion and question-and-answer session during which some wondered aloud whether Hong Kong still matters as Chinese cities like Shenzhen have risen to such economic prominence.

“I’ve seen Hong Kong through thick and thin, up and down, and personally I think Hong Kong is a great city,” said Mr Teng, who moved to the city in 1959 at age 5 years old. “The businesses are very vibrant, there are really good people, great food and it’s really a fun place. Anyone in this world – this should be on your list of things to visit at least once in your life.

Henry You, president of the Atlanta Hong Kong Associationone of the main organizers of the event, delivered a closing speech and pledged his organization to help Georgian businesses set up in Asia via Hong Kong.

candy pinchdirector of the Hong Kong Economic and Trade Office in New York City, which sponsored the event, gave an in-person keynote address at the Metro Atlanta Chamber, followed by a welcoming address from John Woodwardvice president of global commerce of the chamber.

The seminar drew a combined 150 attendees, with virtual attendees from 13 states as well as Belgium, CanadaChina and Hong Kong, according to a summary by the Hong Kong Association of Atlanta. The in-person crowd included business leaders from industries including banking, construction, real estate, logistics, aviation, insurance and more.

My Top 3 Dividend Stocks for May

Shooting near North Side: 2 killed, 8 injured near McDonald’s in Chicago