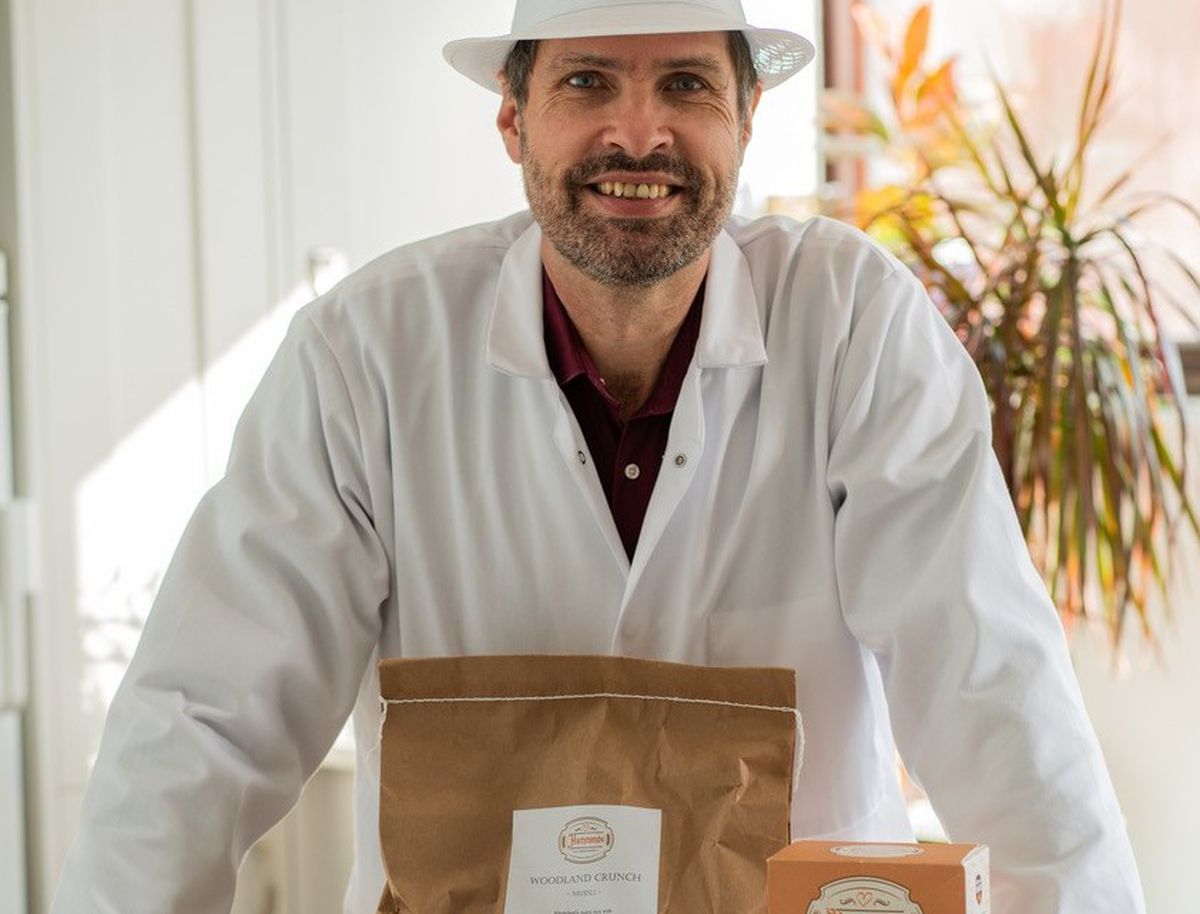 Hammond Brown, from Telford, has been making his own muesli for years after failing to find one he likes in the shops.

He has now launched his own brand after completing a start-up course with Good2Great business consultants in Bridgnorth.

“I was unhappy with the quality of traditional muesli available in supermarkets,” said Hammond, who had previous careers and was a veterinarian and genealogist.

“I enjoyed making my own so much that I decided to produce it so other people could enjoy its health benefits.”

He says he has ensured that Hammonds Foods is as sustainable as possible by using local ingredients and plastic-free, recyclable and compostable packaging.

“We are also recycling the wooden pallets our ingredients are delivered on by donating them to Hedgerow Honey who use them to sit their hives, making them easier to move around and allowing bees to pollinate a larger area,” added Hammond.

Each 650g box of Hammonds muesli also comes with a free packet of wildflower seeds which can be sown to support bees and other pollinators such as butterflies and fly flies.

Hammond credited Good2Great for giving him the confidence to start his new venture.

“The Good2Great Startup program gave me the tools to launch Hammonds Foods with confidence,” he added. “The support and encouragement I received from the team, as well as other entrepreneurs, was much needed.”

The Good2Great Business program is funded by Shropshire Council and managed by Telford & Wrekin Council.