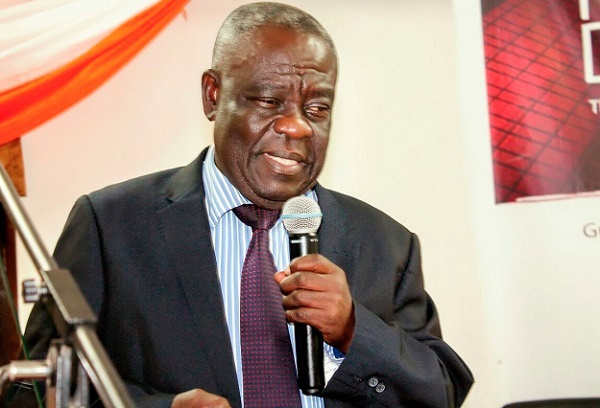 Dr Micheal Agyekum Addo is a renowned entrepreneur and pharmacist

Employees go on their own, Agyekum Addo

The founder of the Kama Group of Companies, Dr Micheal Agyekum Addo, said terminating the contracts of employees who engage in embezzlement or bad behavior is not part of his organizational culture.

Over time, he said, these employees will leave on their own as the ramifications of their behavior will make them uncomfortable leaving the organization.

Kama Group founder speaking on the Asaase Breakfast Show explained, “Another thing that is so unique about my style is the fact that if you steal if you misbehave, I never fire anyone.”

â€œâ€¦ I know that’s the philosophy of so many people; that when they find out that you are stealing, you have hijacked, they see you, I don’t fire but others see, â€he explained.

He added, â€œI know that the longest stay of these people in my company is three weeks. They feel so uncomfortable that they leave each other. Why am I not firing? I’m not firing because they’ll misinterpret and misinform the public that they haven’t done anything wrong and you just fired them.

But the renowned entrepreneur and pharmacist explained, â€œâ€¦ But if you fire yourself, then you don’t have to come and tell me you haven’t done anything wrong and I fired you, no. But I’ll prove to you that you added zeros, you didn’t put the money in the bank. I will no longer use you for certain sensitive positions and certain trades. That way you will be in the system and all staff will know you were a thief. You will not feel comfortable and you will leave each other.

The founder of Kama Group of Companies explained that this strategy he adopted has contributed significantly to the development and growth of his businesses, which has earned his establishment a place as a Club 100 company.

â€œSo these are some of the strategies that will make a business grow. So far my business has grown so big and I am one of the Ghana Club 100 members, â€concluded Dr Agyekum Addo.