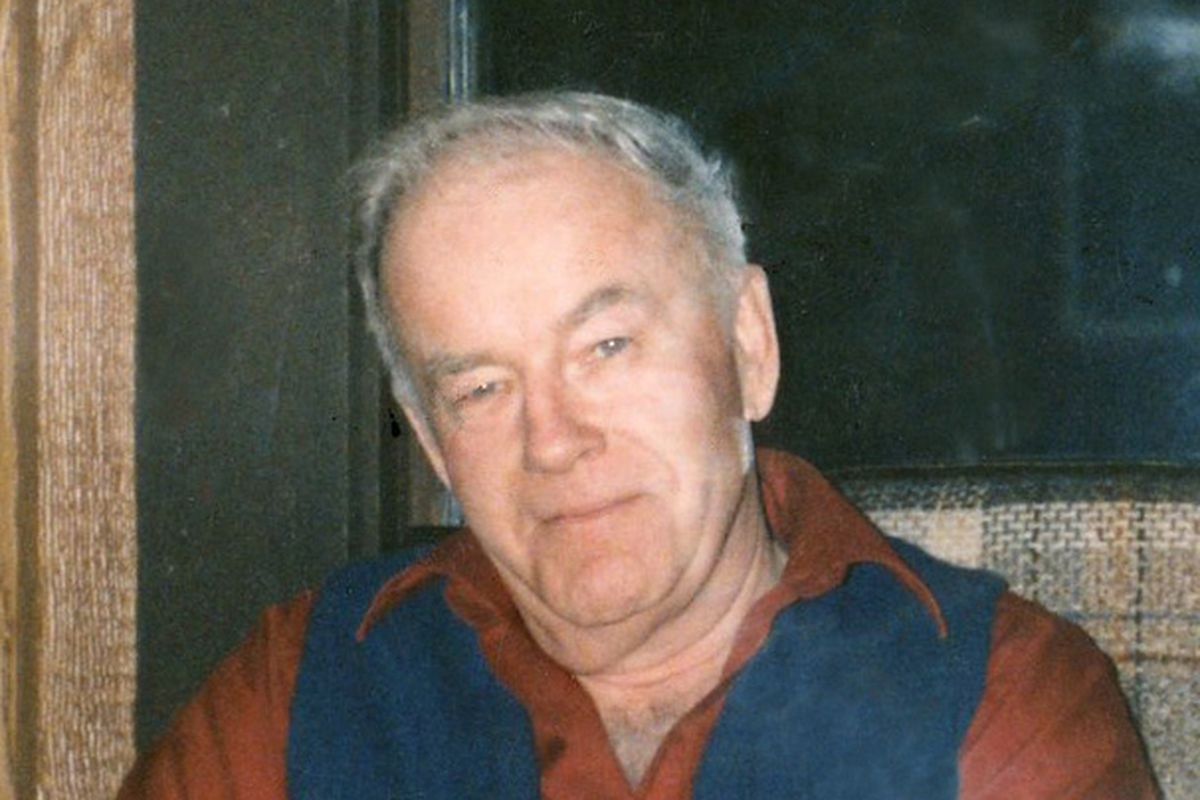 Eddie Joseph O’Donnell was a legend in northern Ontario – one of its most charismatic, influential and industrious pioneers. He was a man of physical and mental endurance, endowed with exceptional natural and scholarly talents and remarkable achievements. He also possessed an overwhelming pride and selfishness which unfortunately manifested in the breakdown of his family and business.

Growing up in Iroquois Falls, Eddie sought adventure wherever he could find it. He became “famous” early in his life after climbing the tallest water tower in the city. This got him in trouble with his father, but it was already well established that trouble was Eddie’s middle name. As a child, he also dreamed of being a pilot and many black and white photographs show him running around with goggles.

In 1951, he began to travel the world as a merchant sailor. Not only did he shovel coal into ovens and wash decks, he also organized workers and was blacklisted in the UK in 1953 for trying to form a union of combatant sailors. Openly espousing communist views, he would eventually pass on the importance of fighting for the underdog to his children. One of his ships brought him to British Guiana where he met and fell in love with a beautiful young woman, Elaine Spencer. Before long, they were on their way to London, England, where they married, lived for three years, and had their first child, John.

Accompanied by his wife and son, Eddie returned to Canada in 1956. Soon, Lynn, Patrick and Merrill were born. Eddie continued his education at Teachers College at McMaster University in Hamilton and upon completion began teaching French and elementary school throughout Ontario. Larger than life in front of the class, he enjoyed teaching and had a natural talent for it.

In 1962, her father bequeathed to her and Elaine 120 acres which he staked overlooking spectacular Lake Perry, an hour east of Timmins in Northern Ontario. In no time, Eddie and Elaine and their growing family have turned it into a premier hunting and fishing lodge serving a Canadian and international clientele. In the mid-1960s, he obtained his pilot’s license, a long-time childhood dream. Although running the Lodge was more than a full-time job, Eddie was pushed to push even harder. In the early 1970s, he walked with a machete through the Brazilian Amazon to establish a unique adventure to resell back home. In the 1980s he bought and moved two flat bottom tugs from Lake Abitibi to the Black River in Matheson, Ontario to create a tourist attraction. And in addition to ferrying customers to outposts for moose hunting and fishing, it launched flight service just outside of Timmins.

Eddie’s insatiable appetite for work meant something had to give. After more than a decade of hard work and isolation in Perry Lake, Elaine had had enough and boarded a train bound for Toronto with her three youngest children in tow. Over the next few years, the children all returned to Perry Lake to work with their father. But Eddie’s strict “my way or the highway” philosophy made collaboration difficult.

In the 1990s, Eddie lost Perry Lake Lodge. It’s something he never really got over. “I should have been wiser,” he once said regretfully. With the passage of time and the growth of his experience, he had become more thoughtful, more reflective, more sensitive, more the driven man his family had known.

Eddie “drank life to the dregs” right to the end. He was a man, to paraphrase Tennyson (Eddie’s favorite poet), who relentlessly strove, search, find and refuse to give in.

His children learned invaluable lessons from him. He will always remain a heroic figure.

Lives Lived celebrates the everyday, extraordinary and little-known lives of recently deceased Canadians. To find out how to share the story of a family member or friend, go online to tgam.ca/livesguide

Will Newton residents consider a waiver after school budget issues?