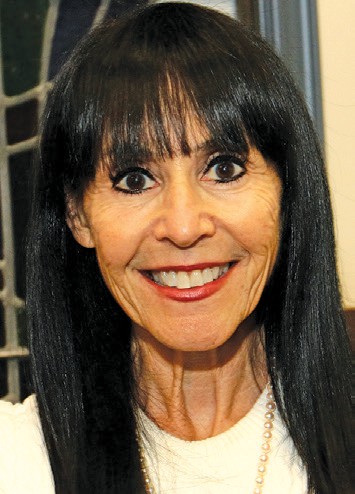 Debbie Taub, a multifaceted supporter of Jewish causes in Tampa, will receive the Kipnis-Wilson/Friendland Award at this year’s Lion of Judah International Conference.

Since 2004, the Kipnis-Wilson/Friedland Award has honored women who have set high standards in philanthropy and volunteerism. Winners are chosen by their peers as “women of worth” with a lifetime of commitment to the Jewish world.

The award was established in honor of Norma Kipnis-Wilson and Toby Friedland, of blessed memory, who co-founded the Federation’s Lion of Judah program, which will celebrate its 50th anniversary at this year’s biennial conference. Lions are women who contribute a minimum of $5,000 each year to the Federation’s annual campaign.

Taub will be honored at the International Conclave, Dec. 11-13, in Phoenix. The conference will focus on three topics: the mental health of our communities, the continued rise of violent anti-Semitism, and responding to the needs of Ukrainian brothers and sisters.

Taub believes that women are leaders of change. “Women are effective because we are wired with emotion. When something hits our soul, we act on it. It is our responsibility as Jewish American women to give back to the community and help it grow and prosper for future generations,” Taub said.

As a Lion of Judah, Taub served on the Board of Directors of the CCG and Tampa Conference as Annual Campaign Chair and chaired the Allocations Committee for several years. In addition to her involvement with the Tampa Federation, Taub has served as President of the Women’s Division for Israel Bonds and has participated in Bonds-sponsored trips to Israel and to the United Nations in New York. She served as co-chair of the American Israel Public Affairs Committee (AIPAC) in the Tampa Bay area.

She was also a tour guide for the Florida Holocaust Museum for 10 years, leading tours for school groups, local police, and fire departments, including the Tampa Police Department. Taub has also served on the Sisterhood Board and Board of Trustees for Congregation Schaarai Zedek and Congregation Rodeph Sholom.

Debbie and her husband Brian were honored with the Jewish National Fund’s Tree of Life Award, the Prime Minister of Israel State Bonds Award for Dedication to Israel and JCC Tampa, and the Leo Levinson Award from the Federation for Community Leadership.

A resident of Tampa for 31 years, Debbie and Brian have three children.

“The Lions of Judah embody the words of Elie Wiesel that resonate with me,” Taub said. “He said, ‘Being part of a community, shaping it and strengthening it is the most urgent, most vital obligation for the Jewish individual.'”

To find out how to become a Lion of Judah or for more information about attending the Lion of Judah International Conference, contact Alissa Fischel at Alissa. [email protected] or (813) 769-4726.