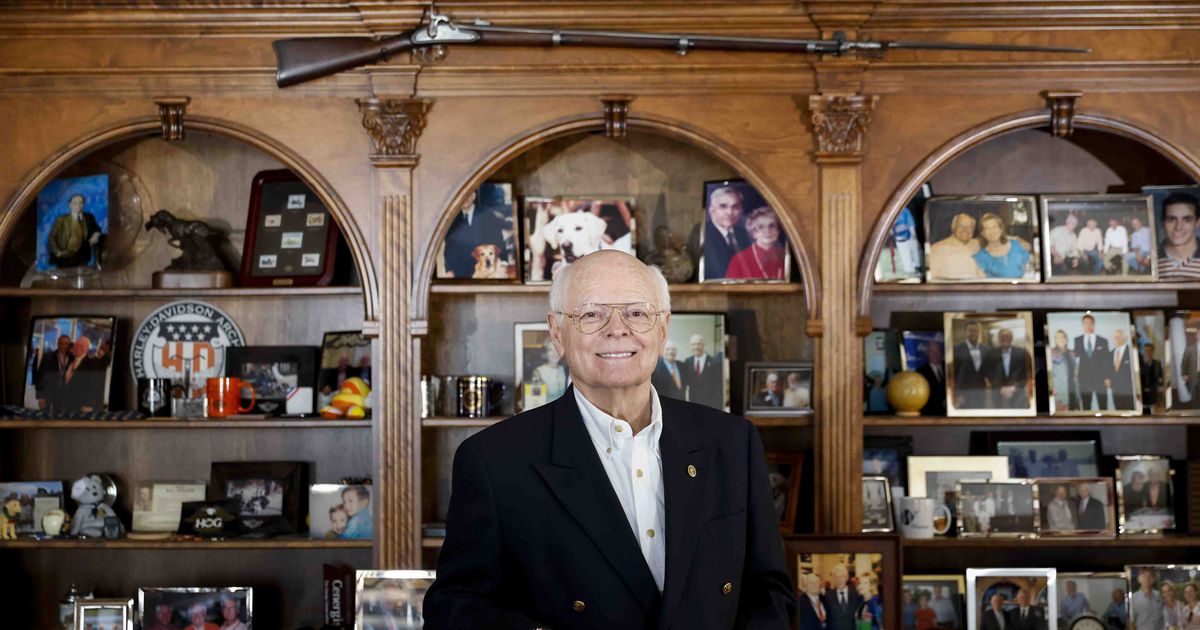 William Spears has a favorite quote about the role of business education: “We send messengers to times and places we will never see.”

And that’s exactly what the Dallas-based Cenergistic Founder and CEO intends to do with his donation to Southern Methodist University’s Cox School of Business. Spears does not disclose the amount, but SMU describes it as the largest donation by a non-student in its 111-year history.

His gift will establish a number of business school initiatives, such as the William S. Spears Institute for Entrepreneurial Leadership and the Spears Accelerator to start and grow businesses started by students and faculty.

Born in Tulsa, Okla., and raised in Lubbock, the 81-year-old runs an energy-saving company founded in 1986 that has helped more than 1,500 customers lower their electric bills.

According to the university, Spears joins some of its biggest donors.

In 2019, SMU received a $100 million gift from the Galveston-based Moody Foundation to establish its eighth degree-granting school – the Moody School of Graduate and Advanced Studies. At the time, SMU President R. Gerald Turner described it as his biggest gift ever and “a big bang moment”.

SMU has also received several $50 million donations in recent years, including a 2019 donation from private equity firm co-founder David Miller and his wife, Carolyn, and one earlier this year from the owner’s foundation. investment company Garry Weber. Both Miller and Weber are graduates of SMU.

SMU’s list of donors also includes many other notable Dallas business leaders, including ClubCorp founder Robert Dedman Sr. and his family, whose donations to the school total $82 million, and the oil Ray Hunt and his wife, Nancy, who donated more than $50 million to the University. He also received several donations in the range of 20 to 40 million dollars.

This isn’t the first time Spears has targeted a business school with her philanthropy.

In 2004, he made an undisclosed gift to his alma mater, Oklahoma State University, which he described as his greatest academic gift in its history. The university named its business school after him.

“I was born in Oklahoman, but I got to Texas as fast as I could and I definitely want to stay in Texas,” said Spears, who has a personal connection to SMU. His wife of 15 years, Candye Gould Spears, and daughter-in-law Meghan Bartos are both alumni.

The business accelerator her donation supports will help students, faculty, and local industries kick-start research and development, as well as create new revenue for SMU. The institute will create leadership programs, scholarships and internships for business students.

Matthew Myers, dean of the Cox School of Business, said Spears’ donation will also benefit the Dallas economy by creating a fund to invest in student labor.

“The ability to take research to a commercialization stage is really changing the landscape of the university and that’s what we really want to emulate here at SMU in this next stage of our lives,” Myers said.

About 70% of SMU business school students are from out of state. Nearly three-quarters stay after graduation and work in Dallas.

“If you’re 18, anything involving some kind of technology and entrepreneurial activity is what they’re interested in,” Turner said. “It really ties into what makes Dallas work and what helps attract students to Dallas.”

For Spears, leadership and entrepreneurship go hand in hand, which makes her excited about the opportunities her gift will bring to students.

“Mentoring and coaching is really the most enjoyable thing I do as a leader,” said Spears, whose career includes more than 40 years of direct work with education and energy management. “When I use the word ‘entrepreneurship’, the synonym for that word is ‘leadership’.”

The Entrepreneurship Institute will be headed by an endowed Chief Executive Officer. Students will also be able to participate in a Spears Lecture Series that will bring top Dallas business leaders and experts to the school.

“Dallas is such an entrepreneurial city,” Spears said. “We hope to create entrepreneurs for the future.”

10 things that should be taught in art school