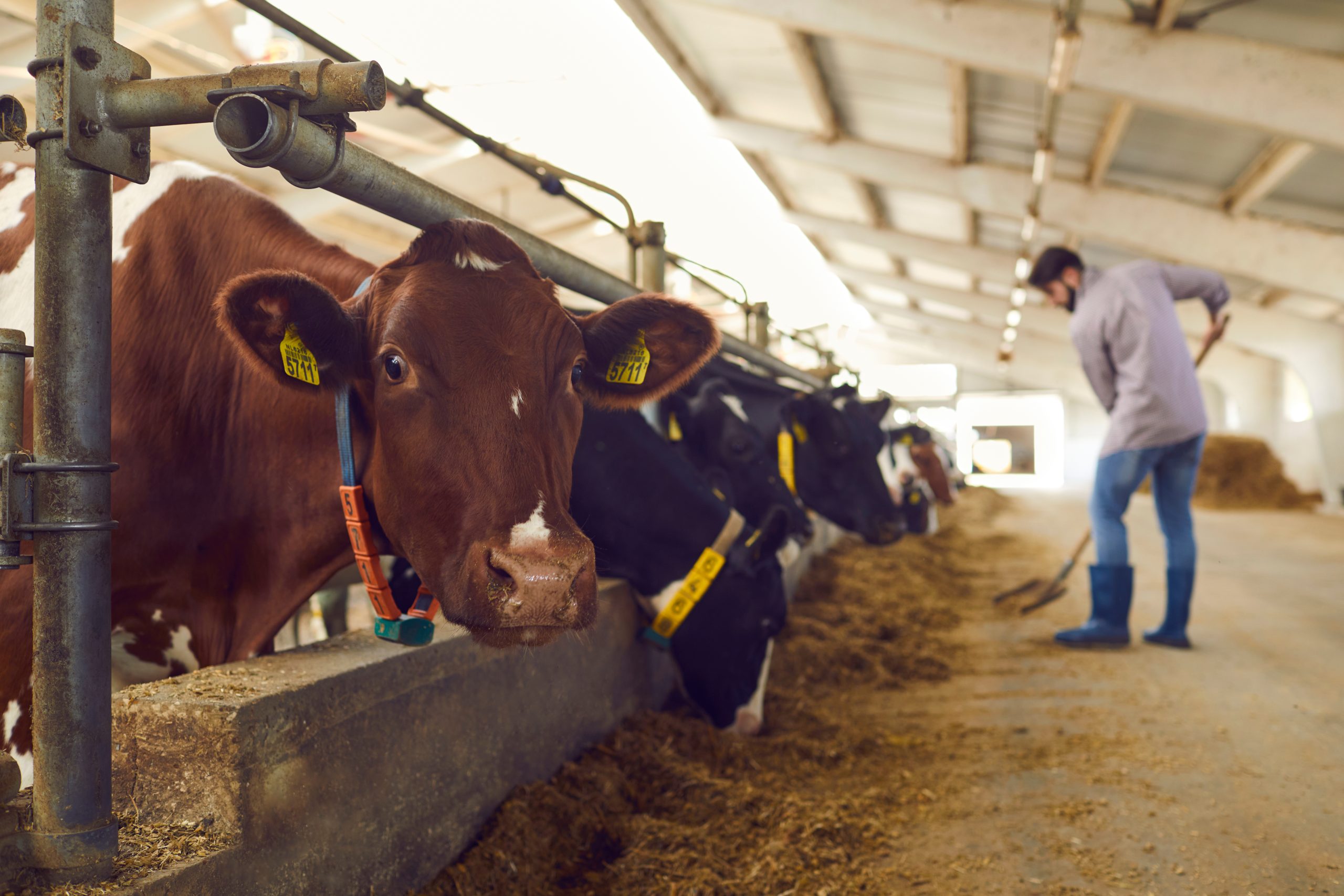 At the World Dairy Expo in Madison, Wisconsin on Thursday, a coalition of dairy farmers and advocacy groups, including the American Business Immigration Coalition, held a press conference to demand passage of a Senate bill which would legalize the country’s immigrant farm labor in the year-round jobs.

By some estimates, 80% of the work on Wisconsin dairy farms is now done by immigrants. Most of them are undocumented, as there is no visa program for low-skilled, year-round agricultural jobs.

As Brody Stapel, president of Edge Dairy Co-op of Wisconsin, said, “There aren’t enough local workers or not enough volunteer workers to fill these labor-intensive jobs. And the farmers have tried everything.

The House passed the Farm Workforce Modernization Act last spring, with broad bipartisan support. Among other provisions, the bill creates a visa program for immigrant farm workers who stay in the United States year-round.

The Senate sponsors of the legislation – Democratic Sen. Michael Bennet of Colorado and Republican Sen. Mike Crapo of Idaho – have been working on their version for more than a year as they fight controversial provisions, NPR reported in July. Among the sticking points is a provision that expands labor protections under the Migrant and Seasonal Farm Workers Protection Act, which could allow farm workers to sue their employers. The American Farm Bureau Federation opposes this provision.

Meanwhile, immigrant rights groups have raised concerns that the bill expand the temporary H-2A agricultural visa program in a way that strengthens immigration enforcement and gives employers more power over their workers. Since employers hold their employees’ documents, effectively trapping them in potentially exploitative situations.

Christine Neumann-Ortiz of the Wisconsin-based immigrant worker rights group voice from the bordertold the Wisconsin Examiner last year that an earlier version of the bill “turned employers into agents of ICE” and that farm workers were better off under a system in which they use forged documents, giving them the possibility of escaping abusive employers.

At the World Dairy Expo press conference, Stapel said the legislation was “not perfect”, noting that his group would prefer to lift the cap on the number of year-round workers who can apply for a visa. But, he said, “it’s a good start.”

Walt More, a Pennsylvania dairy farmer and president of the American Dairy Coalition, called the severe labor shortage facing dairy farmers in the United States a “crisis” and warned that the difficulty in finding of workers jeopardizes the country’s food supply.

“On our farm, the lack of skilled and reliable labor has had a negative impact on our business by hindering expansion and not always getting work done in a timely and routine manner,” he said. he declares.

“The labor shortage has had a negative impact on overall milk and crop production, as well as health,” More added. He urged the Senate to “do its part and address labor shortages this year, so grocery store shelves stay stocked and food inflation goes down.”

Farmers at the World Dairy Expo have warned of a looming agricultural trade deficit as US farms go bankrupt and the country becomes increasingly reliant on imported food.

“My friends, food security is national security. A nation that cannot feed itself is not safe,” said Steve Obert, executive director of Indiana Dairy Producers, which milks 500 cows in southwest Indiana.

“If the Senate and Congress don’t fix this, dairy farms in Indiana, Wisconsin and across the country will shut down,” Obert warned.

Nationally, immigrant workers make up nearly 75% of the workforce on dairy farms, Obert said. “This high percentage is not because they are lower cost employees,” he added. “It’s because they’re willing to do the work of feeding, milking and caring for our dairy cows.”

“Most dairy farm families care deeply about their employees,” Obert added. He noted that while undocumented workers pay income and Social Security taxes through paycheck deductions, they will never receive Social Security benefits.

“In conversations I have with farmers across the country. I hear the same thing – the #1 concern I hear is that when it comes to building and maintaining a healthy dairy industry, we need people,” said Randy Kohler, Wisconsin dairy farmer and leader of Dairy Farmers of America. Milk is a $45.6 billion industry, Kohler pointed out. “That’s more than Florida’s citrus harvest and Idaho’s potato harvest combined, and 23% of us dairy farmers are in Wisconsin.”

“We believe that any farm labor reform solution for dairy must both protect our current workers and allow very meaningful access to a guest worker program,” he said.

The Food Chain Workers Alliance, meanwhile, opposes the current legislation and appeal to Congress to instead pass a bill that includes “citizenship, fair wages and better protections for all farm workers.”

This story first appeared in the Wisconsin Examiner and is republished with permission via a Creative Commons license. See the original story, here.

10 best timber stocks to invest in