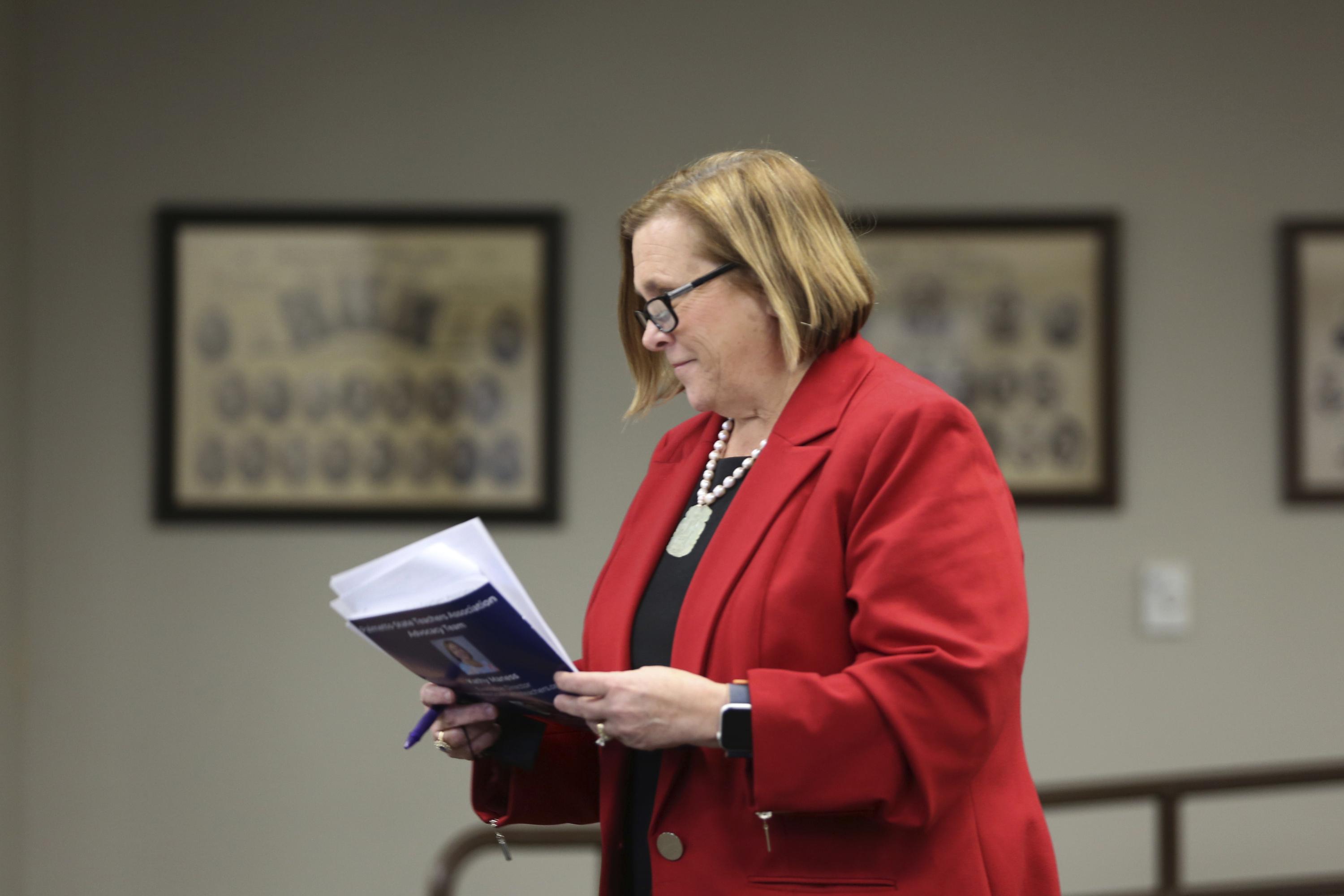 COLUMBIA, SC (AP) — Six Republicans and three Democrats are seeking nominations from their parties for the seat of superintendent of open public education in South Carolina — one of the most controversial and interesting races in Tuesday’s primaries. .

There are also gubernatorial and U.S. Senate primaries, plus a handful of U.S. House primaries and races in which several incumbents statewide face challengers. .

If no candidate obtains 50% of the vote, the first two voters will move on to the second round on June 28. A look at some of Tuesday’s top races:

Both parties crowded the fields after Republican Education Superintendent Molly Spearman decided not to run again after eight years of work.

Spearman sometimes disagreed with other Republican leaders, particularly on issues such as whether local districts could mandate masks to protect against COVID-19. This schism continued in the Republican primary.

Spearman endorsed Kathy Maness, who is executive director of the Palmetto State Teachers Association. Spearman says Maness was a teacher and knows both the legislative process and how schools work.

Many other Republican leaders have endorsed Ellen Weaver, CEO of the conservative Palmetto Promise Institute think tank and chair of the state’s Education Oversight Committee. She also has the support of former Superintendents of Public Education Barbara Nielsen and Mick Zais.

Weaver has raised over $325,000, an amount that no other contestant can match. Travis Bedson, owner of a foundation repair business, has raised about $280,000, with most of that money coming from a $250,000 loan he gave to his campaign, according to fundraising reports from countryside. Bedson says South Carolina public schools need an entrepreneurial spirit to function better.

Weaver and Bedson face another hurdle: Neither of them has the master’s degree that South Carolina law now requires of a superintendent. Maness does. Weaver and Bedson say they are working on the higher degree, but election officials said there is no precedent for what would happen if either of them won in November without it.

In the 4th District, Republican U.S. Representative William Timmons faces three challengers. Timmons is among Republican congressmen who voted against certification of the 2020 presidential election results for Joe Biden and he received the endorsement of former President Donald Trump. But his opponents argue that he is not conservative enough.

Trump chose Timmons over Mark Burns, a pastor who spent two years traveling to rallies to speak on Trump’s behalf. The other two candidates running against Timmons are George Abuzeid, a former adviser to the congressman, and retired businessman Michael LaPierre.

The lone Democrat in the race is Ken Hill, a nuclear plant quality control inspector for the congressional district, which is anchored by Greenville and Spartanburg.

U.S. Representative Jim Clyburn, South Carolina’s only Democrat in Congress, faces two challengers as he seeks a 16th term in the 6th District, the state’s only majority minority district, which stretches from Columbia in Charleston.

Clyburn, whose Biden endorsement is widely seen as the determining factor that led to the current president’s victory in the 2020 Democratic primary, faces chiropractor and insurance adjuster Michael Addison and charter school teacher Gregg Marcel Dixon.

On the Republican side, attorney Duke Buckner and consultant A. Sonia Morris are seeking the nomination.

In the 5th District, which stretches from Rock Hill to Sumter, Republican United States Representative Ralph Norman has no challengers in the primary. In November, he will face one of the two Democrats currently vying for their party’s nomination: Kevin Eckert, a community organizer and technician, and builder and realtor Evangeline Hundley. Norman has been in Congress since 2017.

In the 2nd District, which includes the western suburbs of Columbia and Aiken, Republican U.S. Representative Joe Wilson has had no primary opposition for the seat he has been representing since 2001. His Democratic challenger in November is Judd Larkins, who describes himself on his campaign website. as a “husband, dog dad, business owner, college football enthusiast, and South Carolina native.”

Republican U.S. Representative Jeff Duncan is unopposed in the primary and general elections as he seeks a seventh term in the 3rd District, which covers the northwestern part of South Carolina.

Attorney General Alan Wilson is seeking a fourth term. He is being challenged by attorney Lauren Martel, who said Wilson is more talk than fight for conservative positions such as protecting Confederate monuments or fighting COVID-19 vaccine mandates. No Democrats entered the race.

Secretary of State Mark Hammond is being challenged in the Republican primary by Keith Blanford, who wants to take the role of overseeing the elections away from a governor-appointed council and give it to the office of the secretary of state.

A bill that would allow this transition was proposed to the General Assembly this year but was never heard. The Republican-dominated legislature revised election laws to allow early voting.

The Republican primary winner will face Democrat Rosemunda Peggy Butler in the fall.

The winner will face David Edmond of the Green Party and Chris Nelums of the United Citizens Party. If Bledsoe loses the Republican primary, he will run in the general election under the Constitution Party. This is the last year that state law allows candidates to run for more than one party.