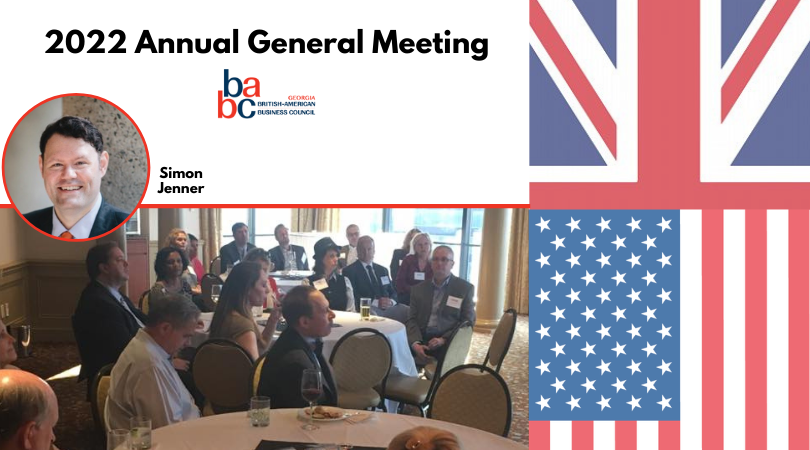 By Gilbert Green On Apr 23, 2022
Share
Simon Jenner was named the new president of BABC-Georgia at the recent Annual General Meeting.

the Anglo-American Business Council of Georgia this week appointed a new chairman and voted on a board for the organization which promotes UK investment and trade relations with Georgia.

Simon Jenner, a lawyer for Baker Jenner LLP, who previously worked as general counsel for Alpharetta-based Acella Pharmaceuticals, was named president at a meeting of members held on April 19. He replaces the longtime president Jennifer Riis Poulsenwho will become Chairman Emeritus and retain a role as Chief Executive Officer.

Rajan Gupta of Centelliwho recently hosted an in-person panel discussion in Atlanta with Mike Freerthe British Minister for Exports and Equality, and Emma Wade Smith, Her Majesty’s Trade Commissioner for North Americawas named first vice-chairman of the board.

Other members added to the council include Paul AllenDirector of Business Development for the Americas for Gleeds, a professional services firm focused on the construction sector. Mr. Allen will lead the membership committee and serve as second vice-chair.

Alexis Svensonaccount manager for Soho Media Groupjoined the executive committee as president of marketing, the board announced on social media.

The board of directors includes:

Raise awareness with; The trial and other stories