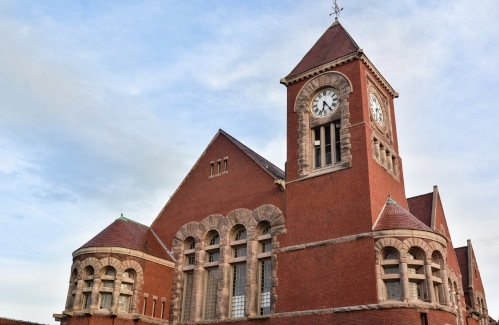 AMHERST — Local health officials are advising the city council to join the Pioneer Valley Mosquito Control District, but they are not making a similar recommendation to opt out of state spraying.

The board of health, at the request of Chief Health Officer Jennifer Brown, voted 4-0 last week to advise the board ahead of its May 16 meeting that Amherst should be part of the regional district.

Brown said membership would cost $5,000, although there is enough money in the department’s budget to cover that expense.

“If we join, we will join many of our neighbors,” Brown said.

The district offers a range of services, including an integrated pest management approach. Its actions could also include standing water assessment, education and awareness. But the district is not providing any spraying, Brown said.

“It’s not something they offer,” Brown said.

Health board member Maureen Millea said joining the district was a good idea, in part because it could help Amherst avoid becoming a high-risk community or facing a health emergency from transmitted diseases. by mosquitoes.

Chair Nancy Gilbert said the district can trap and test mosquitoes in town.

The health board, however, did not make a decision on denying the state-run spray, which was recommended by Brown.

Brown said state spraying can be a way to address mosquito problems where there is a risk of their impact on public health, such as through the transmission of eastern equine encephalitis.

Millea said that even if the city chooses to opt out, if a public health emergency occurs, the state will still step in and do the spraying.

Gilbert said she was torn about how to vote, observing that people can die from EEE.

Ultimately, members Timothy Randhir and Gilbert voted against the opt-out, while members Lauren Mills and Millea voted to opt-out. Board member Steve George was absent.

Randhir’s reasoning for allowing state spraying was that this service was not offered by the district.

“Until they get the ability to spray, I think we should get state help,” Randhir said.