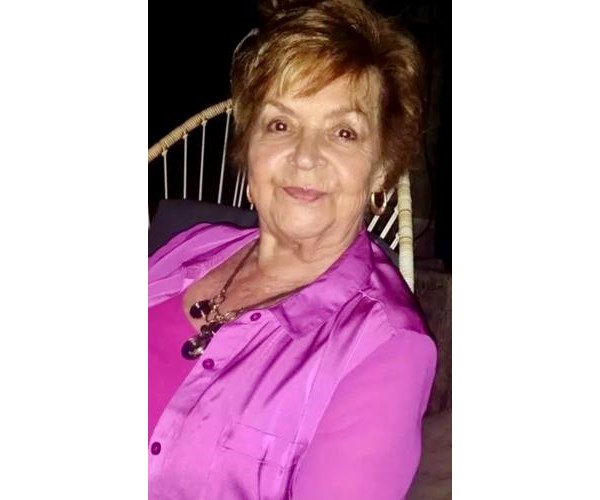 Aileen Keltner Keithley was born May 8, 1932 in Chestnutridge, Missouri to Glen & Della Keltner and went to join her Lord and Savior in Ridgedale, Missouri on February 7, 2022 at the age of 89.
Aileen had graduated from Spokane High School in 1950, where she was a cheerleader, a member of the glee club, the volleyball team, and the softball team. After graduating, she married the love of her life and soul mate Chuck Keithley on July 19, 1950. They had been married for 63 years at the time of Chuck’s death on May 4, 2013 at the age of 86. year.
Aileen is survived by her two daughters: Kathy and her husband Steve Johnston of Buckeye, Arizona. Jana and her husband Kevin Kueck from Ridgedale, Missouri. Aileen was blessed with three grandchildren: Chase Keithley Johnston and his wife Val of Buckeye, Arizona, Zachary Kueck and his wife Cassidy of Hollister, Missouri, and Haley and Miles Battaglia of Branson, Missouri. Aileen was a beloved grandmother and great-grandmother and treasured her great-grandchildren Zane and Piper Kueck. Aileen had a sister, Glenette Keltner Brown, who was married to Adrian Brown of Chestnutridge, Missouri. Aileen was blessed with many loving cousins, nieces, nephews and friends.
Aileen was a loving wife, mother and businesswoman. Not only did she work for Davidson Jewelry Store in the 1950s, but she also worked for many years for Dr. Walt Hammer and Dr. Charles Spears as a medical technician. Beginning in the 1960s, Chuck and Aileen purchased and operated the downtown Branson Athletic Center and owned it until Chuck became Sheriff of Taney County in 1972-1992. Aileen continued to work for Dr. Charles Spears until her retirement 21 years later.
Aileen and Chuck loved the Ozarks and the people in their community. Not only did they claim Chestnutridge as their home, but they also lived in Sacramento, California for a short time, until Aileen persuaded Chuck to move back to Missouri. Around this time, they purchased a house in Rockaway Beach and eventually moved to Branson in 1957 where they resided their entire lives in Taney County.
Aileen has never met a stranger and was born to welcome the Church. Aileen accepted Jesus Christ as her personal Lord and Savior in her 50s and was baptized when she joined Victory Baptist Church in Branson. She was a founding member of the Ozark Mountain Community Church of Blue Eye, beginning in 1997, where her son-in-law, Kevin Kueck, served as pastor. Aileen and Chuck were very people oriented and enjoyed forming relationships that were treasured for a lifetime.
A celebration of life service will be held at GreenLawn Funeral Home in Branson on Saturday, February 12 at 11:00 a.m. with Reverend Kevin Kueck officiating.
Donations can be made to: The Sheriff Chuck & Aileen Keithley
Fallen Officer Fund at Branson Bank.