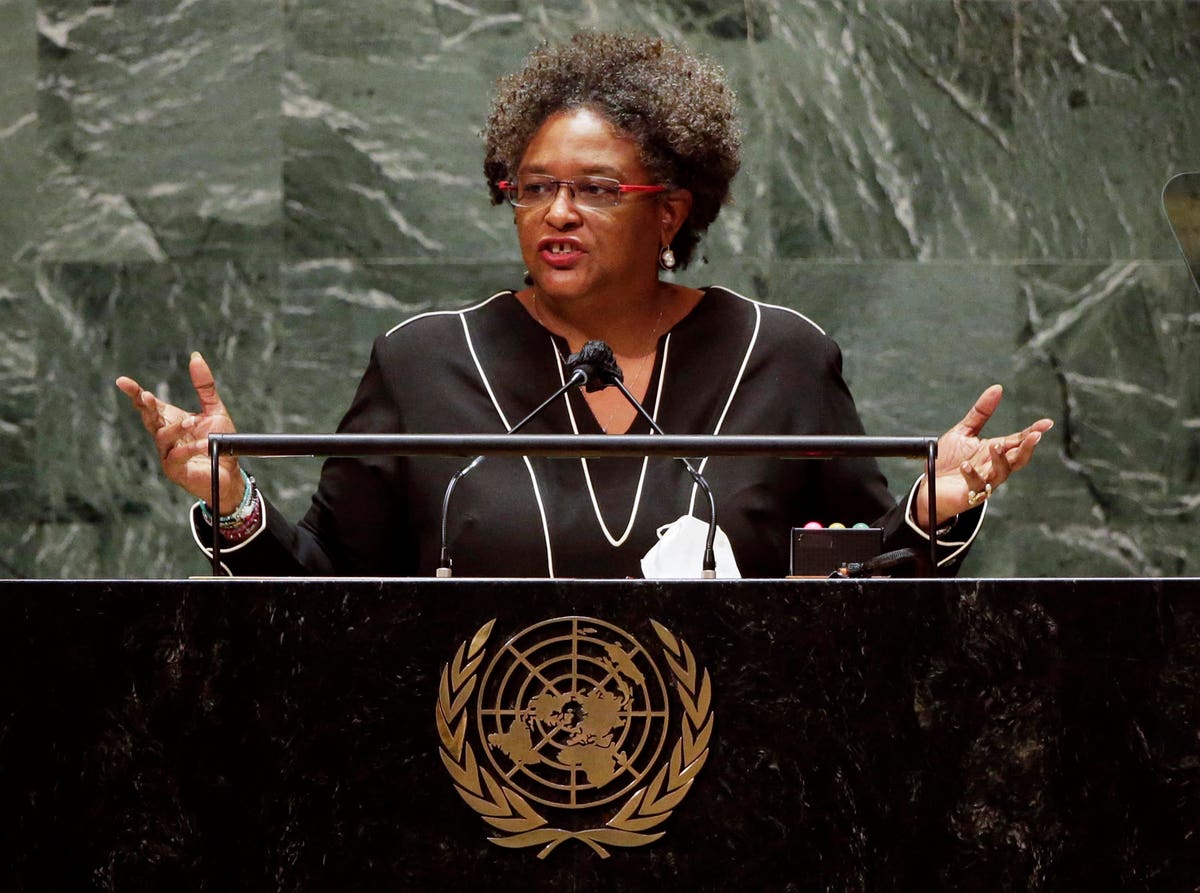 7 women to watch at the UN General Assembly

The 2020 United Nations General Assembly has been considered the ”the ultimate Manel” by Fortune Magazine because the first day did not contain a single speech from a female politician. In fact, the delegates had to wait around the 50e time slot for the first participant to deliver her speech. “I think the General Assembly is always an overly male affair, isn’t it?” said Richard Gowan, the UN expert at the Crisis Group.

Although the number of women attending the meeting has not increased significantly, women are demanding earlier speaking slots and will likely have an impact on how discussions unfold. This year, Slovak President Zuzana Caputova is in the 14e time slot, far from 50e slot women leaders had to wait for in 2020.

In terms of topics, Ukraine will likely remain at the top of the list, but the General Assembly also tends to offer a few surprises. Many women leaders in Europe have set the tone for the war in Ukraine and as such women politicians could be at the center of this year’s debate. There are also new faces coming, and some movers and shakers.

The following list is based on both a tentative list of speakers and independent confirmation from UN diplomats. The list of leaders present is subject to change.

Here are some names to watch out for:

Wherever Barbadian Prime Minister Mia Mottley goes, she tends to catch people’s attention. That was certainly the case in New York last year, when the Caribbean leader made headlines for delivering a Speech inspired by Bob Marley on climate change.

Mottley is a confirmed speaker at the debate this year and Richard Gowan expects nothing less this time around: “She’s proven to be very good at grabbing the headlines,” he said of Mottley. “I imagine we’ll hear him articulate the concerns of developing countries about the UN’s inadequate response to climate change and the challenges of the global food crisis, or other issues that are probably once again quite divisive. powerful.”

Mottley has basically amended the political trajectory of her country since her last speech at the UN when she recently transformed Barbados into a Republic. As such, it’s worth watching her speech to see if she mentions the British crown – or even just to hear which reggae song she could use as her rallying cry this time.

Liz Truss still has a pretty big hurdle to clear before heading to the UN General Assembly: she must win the Conservative Party leadership race next Monday. However, she is by far the favorite and if she does win, she can expect to be in the spotlight at the General Assembly. ”I think one thing to listen to in her speech is what she says about China. She’s known to be extremely hawkish on China and she sees China as sort of a challenge for the UK on par with Russia,” according to Gowan, adding that there’s a good chance she’s also using the UN podium for once again ‘trying to justify Brexit’

A UN diplomat confirmed that it is expected that “the new British government delegation will be led by the new Prime Minister”. Truss previously participated in the High Level Week in New York as Foreign Secretary.

If she speaks for the country later this month, diplomats and pundits can likely expect a change in tone and style of delivery from her predecessor, Boris Johnson. “There’s a contrast to Johnson who used to give very wacky speeches in New York.” In his speech last year, for example, Johnson surprised the world mentioning Kermit the Frog in front of a room full of dignitaries while talking about climate change. “Truss is much more direct all the way,” adds Gowan, “some would say she has a slightly wooden political performance, but the focus will be on her.”

When Maia Sandu was elected President of Moldova in 2020, she probably did not expect to face an existential threat while in office. Yet this is what is happening when his small landlocked country, neighboring Ukraine, is perceived as a potential future target of the Kremlin, or at least within its sphere of influence.

A representative of the Moldovan Foreign Ministry confirmed that Sandu will attend the event. Sandu’s set reconciliation with the West and its decision to join the EU is now at the heart of Moldova’s foreign policy, and the question is how it will use its platform on the UN podium to pursue this work. “She will definitely receive extra attention,” Gowan said, “given that there have been a lot of concerns over the year that Moldova could be collateral damage in the Russian-Ukrainian war. there to plead in favor of Moldova so that it receives the maximum of aid and the maximum of European support.”

Xiomara Castro is a somewhat familiar political figure at the UN and in her home country of Honduras, but she is new to the role of president. The former first lady became president a few months ago, following in the footsteps of her husband, Manuel Malaya, who ruled Honduras from 2006 to 2009 before being overthrown in a coup. As Honduras’ first female president, Castro is set to set her country’s diplomacy agenda at the local UN newspaper La Prensa confirmed the news of his presence on Thursday.

For Gowan, Castro’s approach to the UN is quite different from that of many other developing countries, which will make his speech worth following. “Honduras is interesting because it asked for help from the UN and didn’t get a lot of attention in New York,” he said. “At a time when many governments, whether in Mali or Myanmar, are doing everything they can to keep the UN from meddling in their affairs, she could actually demonstrate quite convincingly why the UN can actually help states to solve their inner problems.” ‘Honduras asked last February the UN to help the country fight against corruption.

With over 20 millions food insecure people and a war still ravaging the Tigray region, Ethiopian President Sahle-Work Zewde has a lot to do. “Given that the war resumes after an extended truce, if the president comes, she will be in a pretty ugly position to advocate a return to conflict,” Gowan said.

Although her role is ceremonial, she is a former senior UN official and as such understands the ins and outs of the institution.

The Slovak President enjoys many firsts this year: she is, to date, the first woman and the first EU leader to speak during the debate.

Because Slovakia is a member of both NATO and the EU and a neighbor of Ukraine, its prime time spot could help set the tone for the debate on Russia and Ukraine.

New Zealand Prime Minister Jacinda Ardern already made UN history in 2018 by bringing her then baby, Neve, at the UN compound. Ardern leading recently sign an editorial warning the world of the danger of nuclear catastrophe surrounding the war in Ukraine, and how it affects the Pacific region. She’s declared a climate emergency in her country in 2020, and Ardern could head to New York with a similar message for the world this time around — with or without young Neve.

While New Zealand has indicated that it will be represented at Prime Minister level in the provisional list of speakers, New Zealand’s mission to the UN did not respond to inquiries about the possible presence of Ardern.

From BPO director to entrepreneur